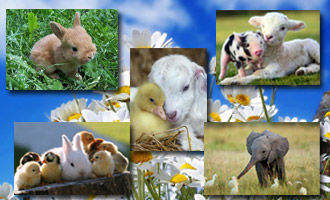 “The ideals which have lighted my way, and time after time have given me new courage to face life cheerfully, have been kindness, beauty, and truth.”
– Albert Einstein

It is springtime and a time for rebirth is all around us as the world come back to life from winter and baby animals of every kind from birds to squirrels start to appear all around us.

Sitting in the sun watching the dog play in my backyard I came to the realization that I graduated from High School when I was 18 and that is now almost 18 years ago. 4 years to 40. Is that still “Over the Hill”?

In the meantime, I have some exciting things coming up this month:

Help me raise money for a new Math Library at Grant Elementary School. I am presenting a fundraising show at Murray High School and all of the profits go directly to help the elementary school kids.
Learn More Here

Now for some fun with mathematics and cards in honor of my upcoming show on Friday.

This Is The Best Way To Shuffle Cards, According To Math.

And you are probably doing it wrong, I know that I was!
Read Here

“Only put off until tomorrow what you are willing to die having left undone.”
– Pablo Picasso

See Certain Colors For The First

Heathrow, England: For my Magician, Mentalist, Corporate Entertainer & Hypnotist friends in the UK, Please take a look at my intensive 2-day workshop I’m offering through the UK Hypnosis Academy in Heathrow, England in June. This class will fill up fast as we have limited seats available.
Read Here

An interview and article about the event will soon be published in MagicSeen magazine but has an early appearance on the blog of the writer Tim Shoesmith.

Read Part 2
…”Magic at its core is a visual art. Many magic effects can be performed in isolation from the magician and can still be visually stimulating, even if the audience knows how it is done”…

Kindness Means Being an Advocate for Others

When I was a very young boy in Salt Lake, an African American man came up to me and asked if I was the grandson of Paul Block. I was. He told me the story of how there was a restaurant in Salt Lake City near the Block and Gus Meat packing plant that didn’t allow Blacks to eat there. “I was working there at the time and talking with Mr. Block as he walked to the restaurant. When we got to the door I told him that they wouldn’t serve me in there. He said that I should walk in with him. The owners recognizing Mr. Block told him they would be happy to serve me at the back door but I couldn’t come in the restaurant. Everyone in there eating worked for Mr. Block and he told the owner of the restaurant that if they didn’t serve me, they would be out of business before the month was up. They refused. Well, Mr. Block went back after lunch and told the entire staff working the plant that if any of them were seen going to that restaurant on their lunch break that they would be let go. And he gave everyone a longer lunch break to find somewhere else. And that restaurant closed up within a month and a better one took its place. Standing up for someone else. That was one of the nicest things anyone ever did for me.” I’ll always remember the power of that story. And his emotions about being able to go into a restaurant like an equal without fear or judgment over how he was born. I hope lots of grandchildren in America one day hear stories about how their grandparents were advocates for others and stood up against prejudice so every citizen could have equal rights and equal access.