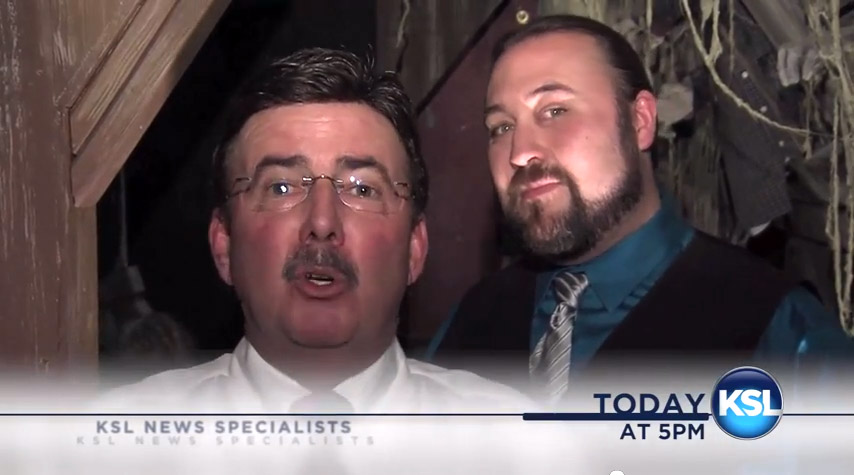 Mysteries of the Mind – September 2013

“A man who dares to waste one hour of life has not discovered the value of life“.
~Charles Darwin

Welcome to September’s “Mysteries of the Mind” monthly newsletter!

The summer is ending and we are headed into my favorite season, fall. It has been a few months (5) since my last monthly newsletter, as my friend Chipper was quick to remind me, I need to learn the definition of monthly!

June was filled with my very first trip to the UK and visits to 18 cites in England and Scotland. There were so many surprises, struggles, and wonderful people met along the way. Right now, I’m compiling a set of lecture notes about the trip that will be titled: “A Las Vegas Mentalist in King Arthur’s Court”. News in next month’s newsletter!

For now, I have some fun clips and news articles about the last few months to share with you in the boxes below.

This week, I will be the Grand Ballroom MC of the first ever “Comic Con” in Salt Lake City, Utah with 60,000 tickets already sold. Next week, catch me performing at an Alumni show for my old high school to raise money for the new theater and theater program. In January, I’ve been asked to host the 125th anniversary celebration of my undergraduate university. (Am I getting old?)

But first I will finish off the rest of September with public performances at the Suncoast Casino in Vegas, The Magic Castle in Hollywood and then 2 weeks of lectures, workshops, observation and advising with one of America’s great healthcare systems in Florida (for more info read about my work here and here).

Due to all of the corporate consulting, The International Magicians Society and their President Tony Hassini announced that I will be receiving the Merlin Award for Best Corporate Entertainer 2013. (Photos when / if the trophy arrives)

In other news, my Grandmother will turn 94 this month – she still has an active drivers license! And next month will mark my 35th birthday and 5 years of being a full time independent performer / lecturer without a day job or supplemental employment!

FUN MIND TRICK: Try this – If you ever wonder if someone is watching you, yawn. If they do too, you know they were! (You just yawned, didn’t you) 🙂

Send me an email about your adventures. It would be great to catch up with you. (Yes, you)

“What lies behind us and what lies before us are tiny matters compared to what lies within us“.
~Ralph Waldo Emerson

I helped design a 3 acre haunted house in Utah and trained the actors. Our expectation this year is to have over 40,000 guests at the haunt. You can hear my voice as our recorded message 801-692-3327 and last week was a ton of fun as I recorded the voice of an animatronic “wisecracking” skeleton that every guest will pass during the experience.

Here is the story on Ch 5 TV News

And here is the promo about my work that ran on the station:
watch here

Paul Draper the Mentalist appears with Olympic fighter Ronda Rousey, Tim Kang from the TV show the Mentalist on “Home & Family” for the Hallmark Ch. May 24 2013. Watch as Paul Draper reads minds and captures thoughts!

Paul Draper Los Angeles Anime Expo 2013 – This show was presented at the Los Angeles Convention Center for an audience of over 2,000 members. (18+ for language & suggestive themes)

This would be appropriate for Universities, comedy clubs, 18+ venues and some theaters.