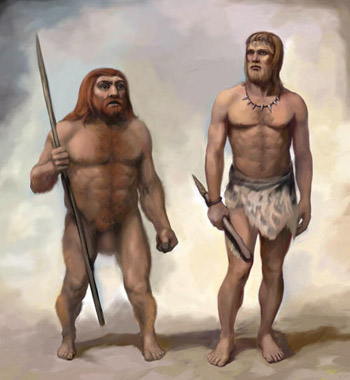 Welcome to March’s “Mysteries of the Mind” monthly newsletter!

We beat out the Neanderthals because they lacked social skills and perhaps Stonehenge was a teambuilding exercise. (Really) Read on!

For decades, anthropologists have puzzled over Neanderthal and human brains, since they are about the same size. If each species had comparable brainpower, why did humans dominate in the end?

A recent comparison of Neanderthal and human brains has revealed it was a matter of allocation of brain power: Neanderthal brains focused more on supporting their bigger eyes and moving their larger bodies, leaving less room for areas related to social networking.

As my anthropology professors used to say, “Even though we were smaller and weaker, we were able to team up and drop rocks on them.”

Neanderthals went extinct because they were less capable of forming large social networks. In a recent study Eiluned Pearce theorized that “smaller social groups might have made Neanderthals less able to cope with the difficulties of their harsh Eurasian environments because they would have had fewer friends to help them out in times of need.“

I am so grateful to all of my friends! Please let me know if I can do anything to help you out in your harsh environment.

In other interesting ancient news, new research shows that Stonehenge may have been something like an ancient team-building exercise. According to the University College London’s Dr. Pearson, the beginning of the site’s construction coincides with a time of increased unity among the Neolithic people of Britain. These ancient people may have banded together to build the monument.

“Stonehenge itself was a massive undertaking, requiring the labor of thousands to move stones from as far away as west Wales, shaping them and erecting them,” Pearson said in a statement. “Just the work itself, requiring everything literally to pull together, would have been an act of unification.“

Next month I am working with medical teams in Ft. Myers, Florida for 2 days of intense teambuilding and management training. Perhaps we can use our highly evolved social skills and teamwork to build something that will last the test of time!

Please contact me if you have an office or organization in your area that would like an anthropologist / Vegas Mentalist to present a clean corporate show, or lead workshops on communication, motivation and change management!

“My feeling is that mythic forms reveal themselves gradually in the course of your life if you know what they are and how to pay attention to their emergence. My own initiation into the mythic depths of the unconscious has been through the mind, through the books thatsurround me in this library. I have recognized in my quest all the stages of the hero’s journey. I had my calls to adventure, my guides, demons, and illuminations.”
-Joseph Campbell in Psychology Today, July 1971

How Smart Is Your Dog?

Everyone seems to think their dog feels guilty when it does something bad. Is that true?

The best study on that was by Alexandra Horowitz. [Horowitz had dog owners instruct their dogs not to eat a treat placed on the floor and then leave the room. When the owners returned, a research assistant told them whether their dog had obeyed — only sometimes the researcher lied and said the dog had eaten the treat when it hadn’t, or vice-versa]. The only thing that predicted the dog’s response was whether their person looked upset. They got that guilty look whenever the person thought they had done something wrong, regardless of whether they had. Dogs are probably responding to your behavior rather than what they’ve done. That’s an area where people attribute too much.

Two Weber State University Alumni return to Ogden, Utah for 2 shows to raise money to support the Arts in the home of their alma mater.

An Evening of Music and Mystery will feature acclaimed actor and singer/songwriter J. Michael Bailey and renowned Las Vegas magician andmind reader Paul Draper. The two performers will weave music and magic into a tapestry of entertainment and amazement, that will thrill children and adults alike. The perfect date or night out with the family. Music and Mystery should not be missed!