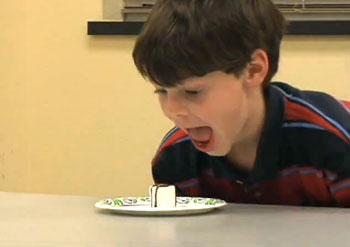 “Willpower is the key to success. Successful people strive no matter what they feel by applying their will to overcome apathy, doubt or fear.”
– Dan Millman

Welcome to October’s Mysteries of the Mind Newsletter

I just read a fantastic book on this subject. “Willpower: Rediscovering the Greatest Human Strength.” Recently out in paperback.

One of my favorite stories from this book is the update on the famous 1968 Marshmallow test. In the early 70’s researcher and psychologist Walter Mischel of Stanford first published his ingenious experiment with Marshmallows and 4 year olds. 40 years later, after following these kids throughout their lives, the long-term results are in and they are life changing, literally.

The Test: Mischel submitted hundreds of four-year-olds to a test of willpower. The kids were set in a small room with a marshmallow or cookie and told they could either eat the treat now, or, if they could hold out for another 15 minutes until the researcher returned, they could have two.

The Results: Most children said they would wait. But some failed to resist the temptation for even 30 seconds. Many struggled a little longer than a minute before giving in. The most successful participants, however, figured out how to distract themselves from the tempting treat by turning around, covering their eyes, petting the marshmallow like it was a pet or kicking the desk. By changing their focus they delayed gratification for the full 15 minutes and received two treats.

Recent follow-up studies on these preschoolers found that those who were able to wait the 15 minutes were significantly less likely to have problems with behavior, drug addiction or obesity by the time they were in high school, compared with kids who devoured the snack in less than a minute. The gratification-delayers also scored an average of 210 points higher on their SAT scores.

Mischel recently wrote that most people tend to focus on the immediate pleasure of the experience. The marshmallow. They will think of the temptation, as Mischel likes to say, in a “hot” or emotional way that makes it hard to resist. The same can be said of an adult smoker or alcoholic. But if you do want to resist, says Mischel, what you need to do is think about the object you desire in a “cold” or cognitive way.

So, for example, to help the children resist the treat, before leaving the room Mischel told the kids to imagine the treat in front of them differently. “I told them to think about those marshmallows as if they were just cotton puffs, or clouds. Those instructions to the 4-year-olds had a dramatic effect on their ability to wait for the thing that they couldn’t wait for before.” By changing perspective it changes reality. By changing our focus we can overcome temptation.

Happy Halloween! Make sure to eat all of your candy, but leave a marshmallow for me!

“Nothing can withstand the power of the human will if it is willing to stake its very existence to the extent of its purpose.”
– Benjamin Disraeli

I created a new website to bring all of my other websites together as one: http://www.PaulWDraper.com

Looking forward to spending time with you in your city.

Thank you for being my friend.

“You can have anything in this life that you want. It is just a matter of choosing what you want. Being okay with what you have to “give up” to have it. And then being satisfied with it once you achieve it.”
-Paul Draper

Thank you to all of the actors and filmmakers involved!

This Halloween marks my 34th Birthday and 4 years as a full time independent entertainer and lecturer. Back in October of 2008 I took the bull by the horns, summed up the courage (and willpower) to become my own boss and master of my own destiny. In honor of that anniversary, a brand new “Day in my Life” 2012 video. Who knows what wonderful things we will all be doing next year if we begin our journey today. This is what I have been blessed to be doing this week.